On November 6, 2019, MadeIn Gallery launches XU ZHEN®’s solo exhibition “Hello”, marking the second show of the artist’s brand in the gallery after “XU ZHEN Store” was presented in 2016. The exhibition showcases a monumental kinetic sculpture and a set of newly created two-dimensional works. “Hello” pursues XU ZHEN®’s continuous focus on civilization iteration, fusion, collision as well as the constant exploration of the diversity of creative media, and adheres to the new development and acuteness of visual creation within the context of the post-global era.

Hello is a large-scale kinetic sculpture especially created for this exhibition, its form is elaborated from ancient Greek architecture pillars. As viewers stepped into the gallery they will see this large Greek pillar occupying the space such as a magnified and mutated snake, observing its sur-rounding as if nodding to the visitors. The Greek column symbolizes the origin and cornerstone of Western civilization. The work fuses together the classical Greek column shape and the snake’s aggressive biological attitude to stimulate viewers’ perception and experience on classic civiliza-tion. The moment the public’s eyes come across the vivacious Corinthian capital also represents a confrontation with the depth of history and civilization, gazing at each other, evoking Friedrich Nietzsche’s saying “If you gaze long enough into an abyss, the abyss will gaze back into you”. Nowadays, with the increasingly frequent blending and impacts among global civilizations, the work constitutes a reality and metaphor on the encounter between civilizations of different time and space.

Hello involves the combination of art and technology at the border between illusion and reality. It proposes a new vision imbued with Western classical aesthetics and cutting-edge robotics, ex-panding the concept of traditional sculpture.

Also displayed in the exhibition is a group of XU ZHEN®’s latest two-dimensional works, con-sisting of multiple cartoon characters merged into a relief surface. These cartoon characters is-sued from classic mainstream animations include Mickey Mouse, Angry Birds, Mario Bros., Pika-chu, Gingerbread Man, Smurf, Brown Bear, etc. They shape the younger generation’s visual aes-thetics. The computer program simulates the fall of each form to the ground, amalgamating them together to compose a superposition of irregular color blocks with a sense of volume, and with a variety of rich, vivid tones and shapes. Using these familiar figurative cartoon images as abstract elements, the works subtlety plays and explores the boundaries between figuration and abstrac-tion, two-dimensional and three-dimensional, popular culture and conceptual art. The highly sat-urated color and visual stimuli of the cartoons show through the precise and logical calculation of the computer program the visual trend for wild and rational symbiosis, which also is a characteris-tic of the digital era. 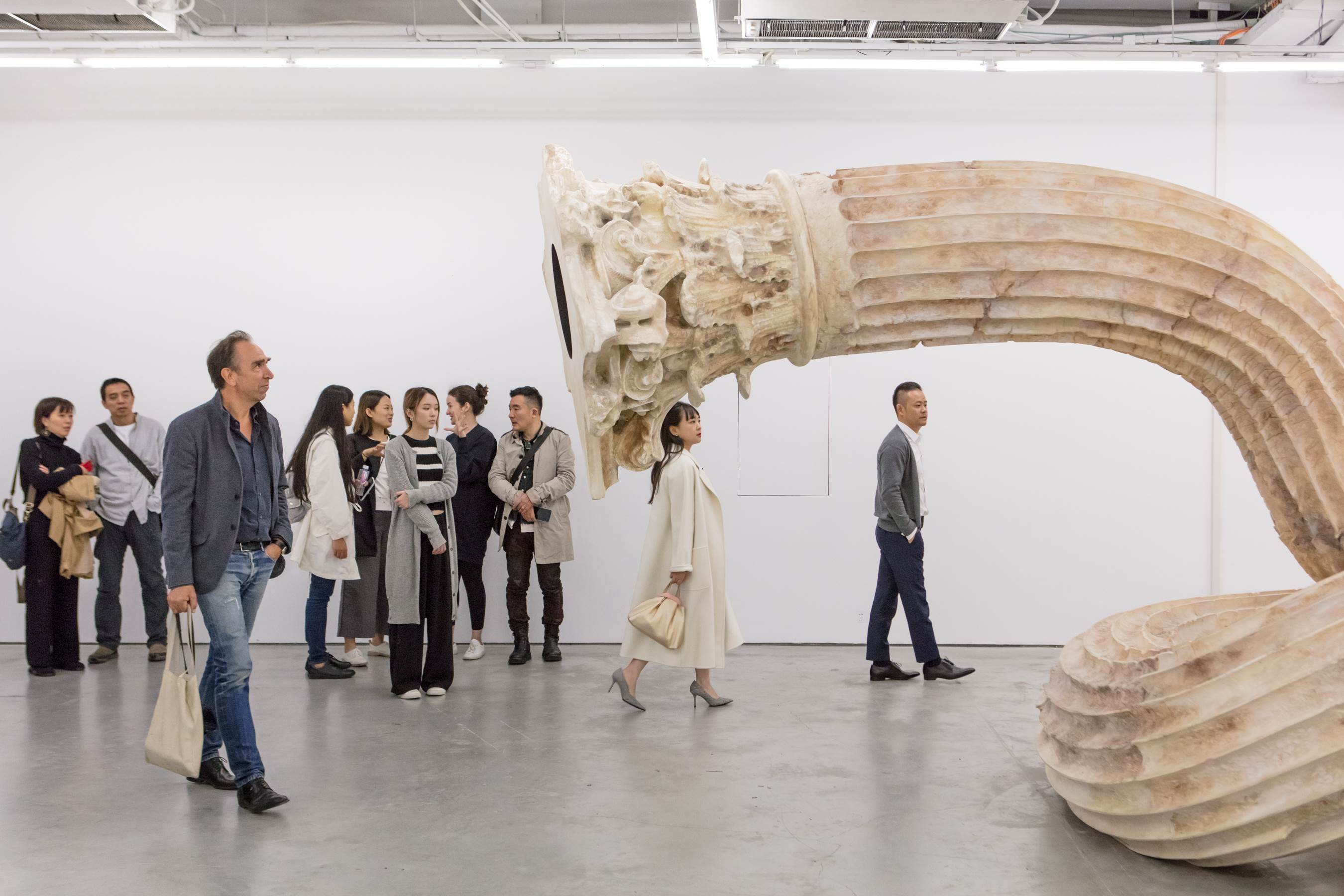